Unless you’ve been away from society for quite some time you should be aware of the ever popular Keurig K-cup coffee pod, or its arch nemesis the Nespresso. These little pods and their overlord machine brewers can be found in 1 of every 3 American homes. Serving up coffee that not only fills your cup half way, but tastes only slightly better than water. As with many meteoric rises to greatness, their path to greatness is not without its faults. From the very inventor of the K-cup wishing he never created them, to the pods being hailed as an irreversible environmental disaster...Yikes. The gloves are coming off folks, we are about to get into exactly why the coffee pod, the Keurig, Nespresso, whatever it is you choose to brew in 10 seconds, is flat out terrible.

Have you ever opened up a precious K-cup to see what was inside? Well, its coffee (is it?), but have you seen how much coffee? It is a child’s serving of coffee. Seriously, there is roughly 5-8 grams of coffee in there depending on what brand you're buying, half the amount you need to brew a big person cup. “Okay so ill just brew 2 pods then!” 2 pods?! You bought this thing because it made cheap coffee at home, what happened to that? Let's look at the numbers.

Since there is only 5-8 grams in one pod of coffee, that's roughly 40-64mg of caffeine per serving. Caffeine content in coffee is roughly about 1% of the dry coffee by weight, so at 5 grams per pod it would contain about 50mg of caffeine. An analytical methods measurement of caffeine in coffee beans with a UV spectrometer can be found here. A typical well brewed cup of coffee contains upwards of 100mg of caffeine. We are assuming here that the coffee produced by these machines is optimally extracted. In order to be optimally extracted the coffee needs to be brewed for a reasonable amount of time in order for all of those coffee solids to get into your cup, as well as needing to be brewed with near boiling water. These toy coffee machines cannot produce water hot enough to achieve these, nor do they brew coffee long enough to get an optimal extraction. We are being very very generous here assuming they get 1%, when in all actuality it probably produces about .06% of the coffees weight in caffeine because of poor extraction, very very low. Of course we are also assuming here that all coffee being used here is arabica. Back in the coffee dark ages, robusta used to be served because it was a very cheap, easy plant to grow. Producing nothing near the flavor characteristics of arabica, but winning in the caffeine category, producing about twice as much as arabica. Since we have come to our senses, robusta coffee has taken a serious back seat in the coffee world, I mean even Mcdonalds got up to speed and now only serves 100% arabica coffee. Oh...wait...awkward, Nespresso has an entire line devoted to robusta beans. Ill just leave it at that.

So now that you know how little caffeine is in one pod (unless your drinking robusta, awkward),  your either saying to yourself “Okay this explains why I'm still tired all the time”, or “Yeah, I use 6 pods a day so what”. So what?! At .55-70 cents a pod that can add up real quick when you bought the machine because it was cheap. Because these pods only contain 5-8 grams of coffee, that comes out to roughly $50 PER POUND of coffee. Congratulations, you are actually drinking some of the world’s most expensive coffee. What’s a cheaper alternative you ask? How about of bag from your neighborhood friendly Lion & Lamb Coffee Roasters, reasonably priced at under $14 a bag. We source only the highest quality coffee, pay the farmers a decent wage, and roast it to order instead of sticking it in a pod for years. Did we mention we donate all the profits to charity? Think about what you could be spending all those savings on! A nice date night with your bae, that bike your kid won't shut up about, or hey go treat yourself for once. It all adds up, and some money went to charity? You go! 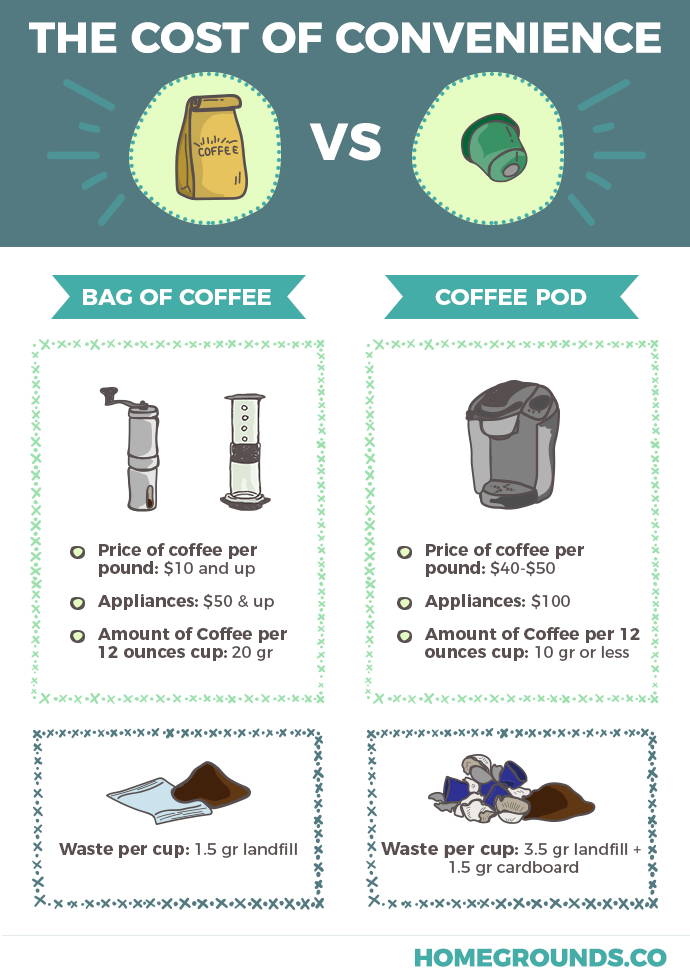 Without a doubt the biggest blunder of the Keurig K-cup or its companions is the plastic use. The K-cup’s creator John Sylvan has gone on record multiple times admitting “sometimes wishes he never created them”. Why would he have regrets? Well for starters they are 100% NOT recyclable, meaning they will be here forever! The K-Cup is made of plastic integrated with a filter, grounds, and a foil top which means there is no easy way to separate the components for recycling. In 2015, America alone produced 10,000,000,000, yes 10 billion K-cups. The cups take 150 to 500 years to break down in a landfill, which is where all of them are heading. This isn't even including everything else like shipping (jet fuel, car fuel), the packaging to carry all of these pods, and the plastic machine brewers! The damage to the Earth is appalling, and what's worse is the damage you could be doing to yourself or your loved ones.

So we scratched the surface about how these little pods are completely trashing the planet, and just when you thought that was the end, it isn't! Plastic isn't the best thing to ingest, and while its not that easy to get it in your system, surely melting the stuff and drinking it couldn't be that great. The hot topic surrounding plastic and food lately has been BPA. It has been the most talked about plastic chemical that could be bad for your health in the last few years, but since its ban it just seems like companies are replacing it with other plastics such as BPS, BPF, and BPZ.. If you are thinking it’s probably the same thing just with a different letter at the end, you’re not the only one.

In 2012 the CLARITY-BPA research project was launched, aimed at providing solid evidence, or lack of evidence that BPA can significantly affect human health. The goal of the project was to study a wide range of potential health effects from BPA exposure, and generate data to be used in making regulatory decisions. The NIEHS (National Institute of Environmental Health Sciences) put up $30 million for the seven-year program. The full study can be found here, but we will give you the shorter rundown. The study was lead by the FDA assessing BPA in rats using a standard guideline (core) study, while also sending some of the rodents to 14 independent researchers. In February of 2018 the FDA published its initial review of the core results, stating minimal effects on health. However it didn't end there, and much to the dismay of the scientific community, the study may have divided the believers from the non believers even more so. 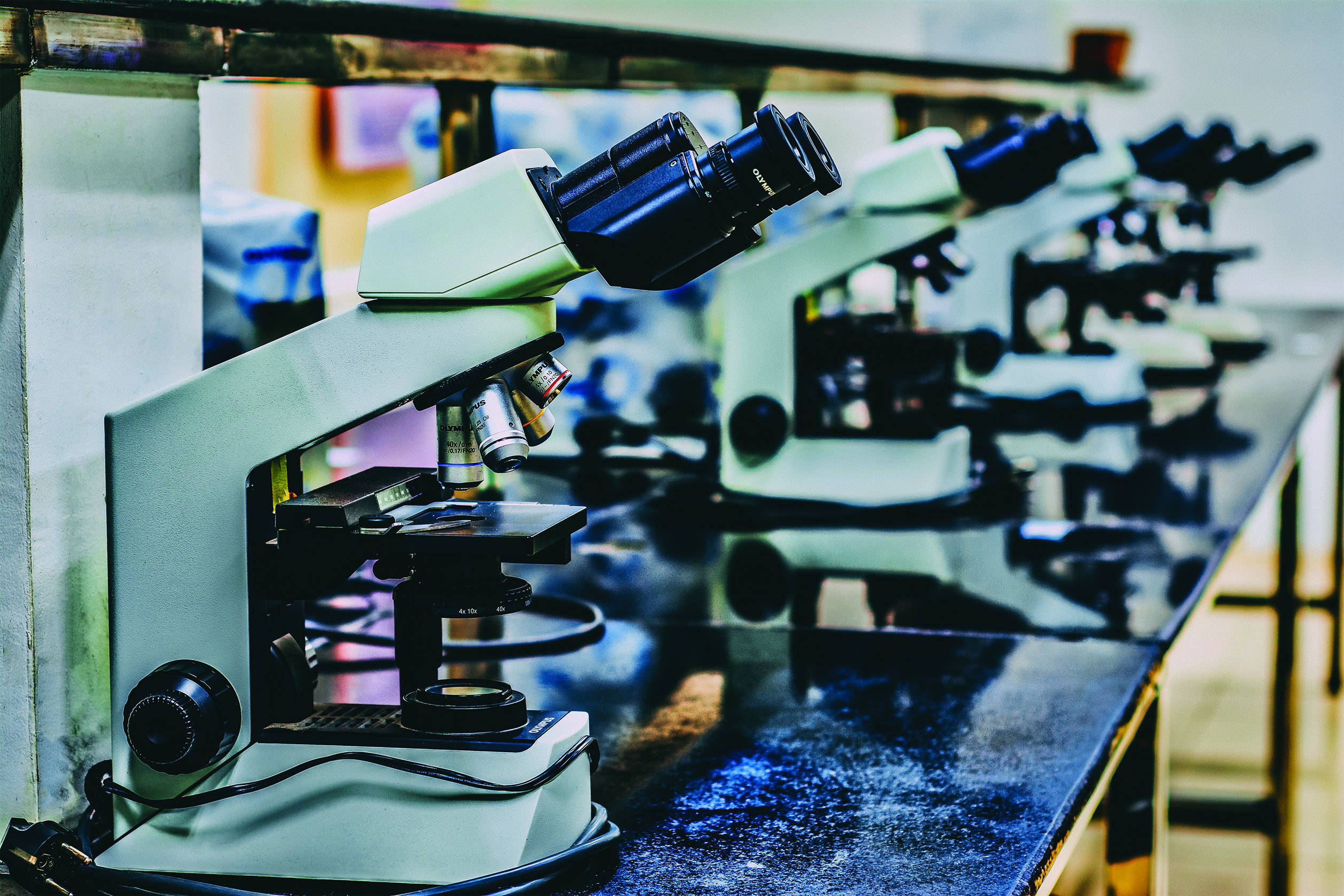 There is severe backlash from many scientists directed at the FDA claiming that the study was lacking critical scientific viewpoints of different aspects of the human body, most notably endocrinology, and that a more thorough study need be taken. A handful of those independent scientists claim the opposite of the FDA, and that low doses of BPA do in fact cause a health risk. "These are toxicologists, they are not endocrinologists, and they don’t understand that effects at a low dose but no effects at high dose are very biologically plausible." —Gail Prins, University of Illinois at Chicago. Her lab found that BPA increased prostate cancer risk, "with the greatest effect at the lowest BPA dose". Additional research was conducted focusing on the brain, and its development in relation to exposure to BPA. "Emerging data from the CLARITY-BPA studies will be informative for distinguishing between these possibilities and establishing the degree to which BPA impacts the development of other tissue targets and organ systems. Collectively, these data support prior conclusions that prenatal BPA exposure, even at doses below the current NOAEL, alters ER and OT gene expression in the developing brain."

So it seems as if we may never have a true answer, but it certainly raises the question as to why independent scientists are finding evidence contrary to what the FDA believes important. It certainly wouldn't be the first time the US government made a misstep in regards what was bad for your health. For decades smoking cigarettes was seen as GOOD for your health, and it took the US government nearly 30 years to step in and finally claim it was in fact deadly. No matter what side your on, one thing is certain and those are the effects felt by a lot of people and how their body reacts to plastics. Symptoms ranging from fatigue, reflux, dizziness, nausea, allergic reactions, mood swings, and many more have been reported in correlation with ingesting melted plastic particles as a result of the K-cup brewing process. If you haven't looked inside a K-cup after your coffee is brewed, I definitely suggest checking it out as the plastic inside definitely changes composition. Lion & Lamb tries very hard to reduce our carbon footprint and uses recyclable materials when and where we can. Our coffee bags are made from 60% (by weight) renewable plant based resources including the valve, and better 100% recyclable bags are being worked on as we speak!

We hope this article has made you think twice about firing up the Keurig or Nespresso. Things of quality take time, and require a certain level of care and attention to detail. Blasting water through a plastic pod isn't what coffee is about, it's about taking some time for yourself, even a few extra minutes to get ready to kick the day’s butt. We are on a mission to make coffee what it used to be, and we hope you join us. Be sure to like us on social media below to stay connected and hopefully learn a bit more about coffee.